the non-observant world is not only the gentile world. it is the non-orthodox jewish word as well. many non-orthodox jews are either not aware of or do not follow many or most o fthe rules. delis, for example, may be kosher style but not kosher. in sum, the orthodox have a lot of navigation issues.

this issue may become more of a reality for jacob steinmetz. he became the first orthodox jewish player drafted into by the arizona major league baseball team, according to jns, “steinmetz keeps kosher and observes shabbat, often staying in hotels near stadiums on game days so he can walk to the field.” kosher foods’ availability is also an issue. if mr. steinmetz signs a professional contract, he will be traveling places where it will be challenging to find kosher restaurants or synagogues to pray. mr. steinmetz may find himself in cities such as missoula montana, visalia california , and reno nevada.

while he may be the first orthodox jewish pitcher drafted, another jewish major league pitcher, sandy koufax, famously brought an athlete’s religious observance into national spotlight.

in the 1965 world series, mr. koufax chose to sit the first game due to it being on yom kippur, the day of atonement, which is the holiest day of the jewish year. he consulted with a rabbi. dodger team management was supportive.

“i won’t let sandy pitch on yom kippur under any circumstances,” o’malley told the press. “i can’t let the boy do that to himself.” o’malley, however, needed some religion for himself, however. he admitted that he prayed for rain. the great don drysdale, who pitched in lieu of koufax, and had a rough outing, joked about conversion, when he said that he wished was jewish as well.

the dodgers went on to win the series in 7 games with koufax pitching the final game in shutout fashion. he was named the series most valuable player. baseballhall.org

in sum, those who are religiously observant face challenges. sandy koufax’ story tells of how many of those of other faith or belief were supportive of mr. koufax’ choice. the founding fathers who wrote the first amendment to the united states’ constitution would have taken joy in this celebration and acceptance of religious freedom. as history shows from the dodgers, mr. steinmetz ‘ success will be team effort.

The 17-year-old got the call while surrounded by family and friends who erupted into cheers as the announcement was made. 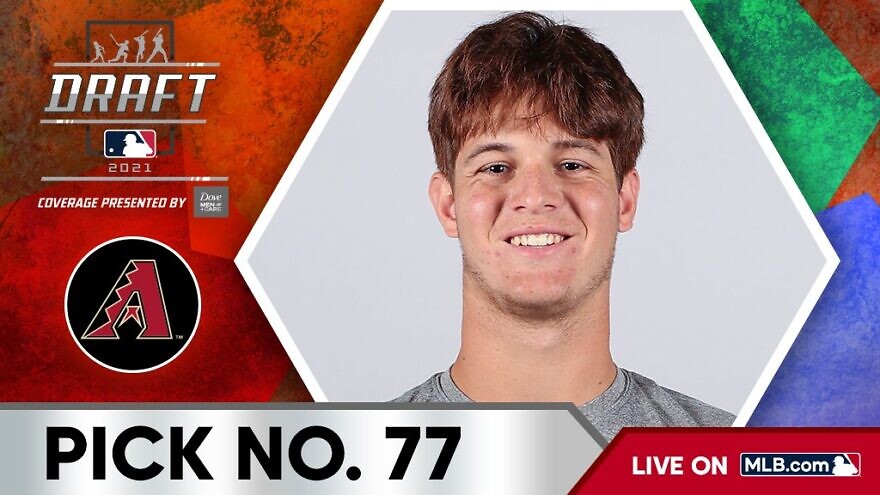 (July 13, 2021 / JNS) History was made in Major League Baseball on Monday as 17-year-old Jacob Steinmetz, an Orthodox Jewish boy from Woodmere, N.Y., in Nassau County on Long Island, was drafted by the Arizona Diamondbacks in the third round of the MLB draft.

He got the call while surrounded by family and friends who were watching the draft live and erupted into cheers as the announcement was made. According to the MLB, Steinmetz’s best pitch is said to be his 90 to 94 miles-per-hour fastball.

The 6-foot-6, 222-pound, right-handed pitcher had attended the Hebrew Academy of the Five Towns & Rockaway, but switched to the Elev8 Baseball Academy in Florida to hone his sports skills.Subscribe to The JNS Daily Syndicate by email and never miss our top stories

Being Orthodox, Steinmetz keeps kosher and observes Shabbat, often staying in hotels near stadiums on game days so he can walk to the field.

Prior to his being selected, Steinmetz had been ranked No. 121 on the Top 250 draft prospects. He was accepted to Fordham University in New York, where he was expected to play college-level ball.

Steinmetz isn’t the only athlete in his father. His father, Elliot, is the coach of Yeshiva University’s basketball team, which has had record-winning seasons for the last two years but was unable to participate in a championship game due to COVID-19 closures.