dr. jamal rifi is sort of a moses of medicine. now, he is the moses in absentia. a lebanese military tribunal sentenced dr. rifi to 10 years in absentia. his offense: working with the project rozana charitable organization. thetimesofisrael.com

dr. rifi’s criminal troubles provide the opportunity publicize the good works of the charitable organization which he strongly committed to. project rozana, in part, transports palestinian children to israel for life saving medical care. dr. rifi serves as an australian board member for the project.

project rozana began with rozana. she was a child in need of life saving medical care. the project’s concept impetus was rozana’s brave mother who was willing to move heaven and earth to save her beloved child.

ms. maysa abu ghannam, rozana’s mother, was faced with every parent’s nightmare. her daughter fell from the ninth floor of an apartment near ramallah in 2012. ms. abu ghannam insisted that her daughter be treated at the hospital in jerusalem. she made arrangements with palestinian and israeli ambulance services to make the handover. she succeeded in getting her child the best care possible. canadianjewishnews

the story inspired others.

as a result, the australian branch of hadassah created the rozana project. the project has many goals which include improving palestinian health care capacity and the quality of their health care. rozana project has goals such as providing a transportation system to take patients to israel for treatment. the project provides funding for medical procedures not covered by the palestinian authority. the project provides for genetic testing. the project also supports syrian civil war casualties. the project also trains both israeli and palestinian child psychologists from west bank and gaza to treat ptsd. likewise, they provide training via pediatric medicine workshops. within these workshops, doctors from other countries such as turkey and iraq have participated. the project is also aiming to address three common health problems of arab populations. these problems are diabetes, macular degeneration and kidney failure. they are also working training homecare workers for children with terminal diseases. project rozana

the results of the project has improved the palestinian medical system to provide both improved and additional services. the rozana project is a charity which, as of 2018, was seeking to raise $1,000,000.00, in funding.

perhaps, dr. rifi’s criminal sentence is a blessing to the project. the spotlight returning to this organization may provided for additional funding so that they can continue their good work. dr. rifi, like moses, was on the run from criminal penalty. hopefully, in the end, dr. rifi can return to lebanon and be embraced and appreciated for his good works. if not, his conviction will merely serve as another example of our dystopian world.

Sydney-based Jamal Rifi, brother of a former top official, is sentenced as ‘collaborator with enemy’; Rifi works to bring Palestinians to Israeli hospitals for treatment

Screen capture from video of Jamal Rifi, a Sydney-based Lebanese physician sentenced to ten years in prison in absentia, apparently for his work with an Israel-linked medical aid group, August 25, 2021.(Sky News)

A Lebanese doctor says he has been sentenced to 10 years in prison in absentia by a military tribunal in Lebanon because he works with a charity organization that helps bring Palestinians to Israeli hospitals for medical treatment.

Rifi said he believes the charges came because of his work with Project Rozana, which brings Palestinian patients from the West Bank and the Gaza Strip to Israeli hospitals. It also provides training for Palestinian medical workers.

He speculated that he was specifically targeted as part of a smear campaign against his brother, Ashraf Rifi, a former director of Lebanon’s internal security forces who is an outspoken critic of Hezbollah, the terror group backed by Iran.

“He is one of the loudest voices against Hezbollah doing everything as per master, Iran,” Rifi said. “They wanted to affect his name and reputation and they are using my humanitarian work to label me, and through me to my brother, as being traitors and that sort of thing, to minimize his voice.”

Little girl’s recovery at a Jerusalem hospital inspires a project for sharing medical expertise between Israeli and Arab healthcare practitioners. 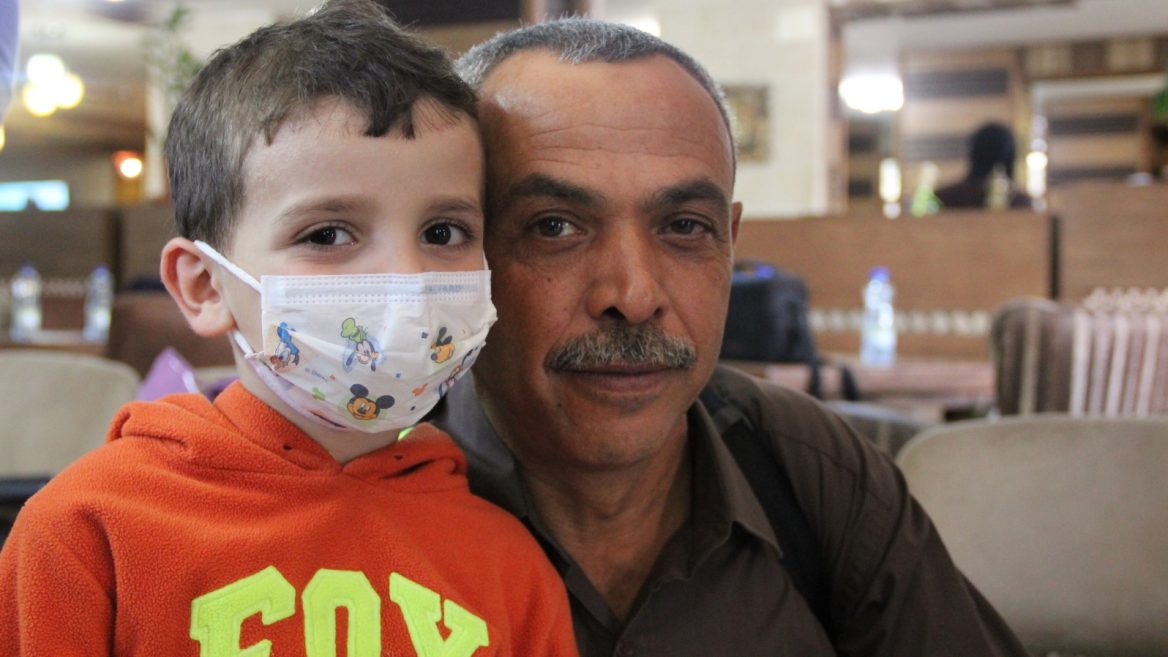 Naeem al-Bayda, West Bank coordinator of transportation for Project Rozana, with a youngster he brought to an Israeli hospital. Photo: courtesy

In 2012, four-year-old Rozana Salawhi fell from the ninth floor of her family’s apartment in a village near Ramallah, the seat of the Palestinian Authority.

Her mother, journalist Maysa Abu Ghannam, insisted that the child be taken to Hadassah Medical Center in Jerusalem because she knew its expertise in pediatric emergency care greatly surpassed that of the local hospital. This decision most likely saved Rozana’s life.UNCOVER ISRAEL – Get the ISRAEL21c
Weekly Edition free by emailSign Up Now!https://0df48d878a75a665a0ae60bb7eed30f6.safeframe.googlesyndication.com/safeframe/1-0-38/html/container.html

Half a world away, Hadassah Australia President Ron Finkel watched a video about Rozana’s story and was inspired to use this incident as the basis for a new bridge of understanding by sharing medical expertise between Israelis and Palestinians.https://imasdk.googleapis.com/js/core/bridge3.478.2_en.html#goog_222891501https://www.youtube.com/embed/vC7my9_iGhY?feature=oembed&wmode=opaque&autohide=1&showinfo=0

Having lived in Israel for nine years, he knew healthcare is a key sector for engagement.

“In healthcare, every minute of every day Palestinians and Israelis interact in a significant way. A hundred thousand permits are given annually to Palestinians to access treatment in Israeli hospitals,” Finkel tells ISRAEL21c.

And he knew that Israelis were willing to work with equally willing Arab colleagues to improve the standard of care in PA-administered territories and Gaza.

“Israel has one of the most advanced socio-medical health systems in the world; Palestinians have a need and a desire to upscale their health system to ensure that every member of their community has access to the same level of healthcare as their Israeli counterparts,” says the venture capitalist whose son was born in Hadassah Medical Center in 1981.

Project Rozana was launched in 2013 – the same year many Palestinian leaders started discouraging any activities signaling “normalization” among Arabs and Jews. This policy further reduced points of contact between the two populations, but in hospitals daily interaction continued as always.

“If you don’t know ‘the other’ you can believe anything you’re told about them,” says Finkel. He is proud that Project Rozana’s Australian board of directors includes three Muslims, three Jews and four Christians. 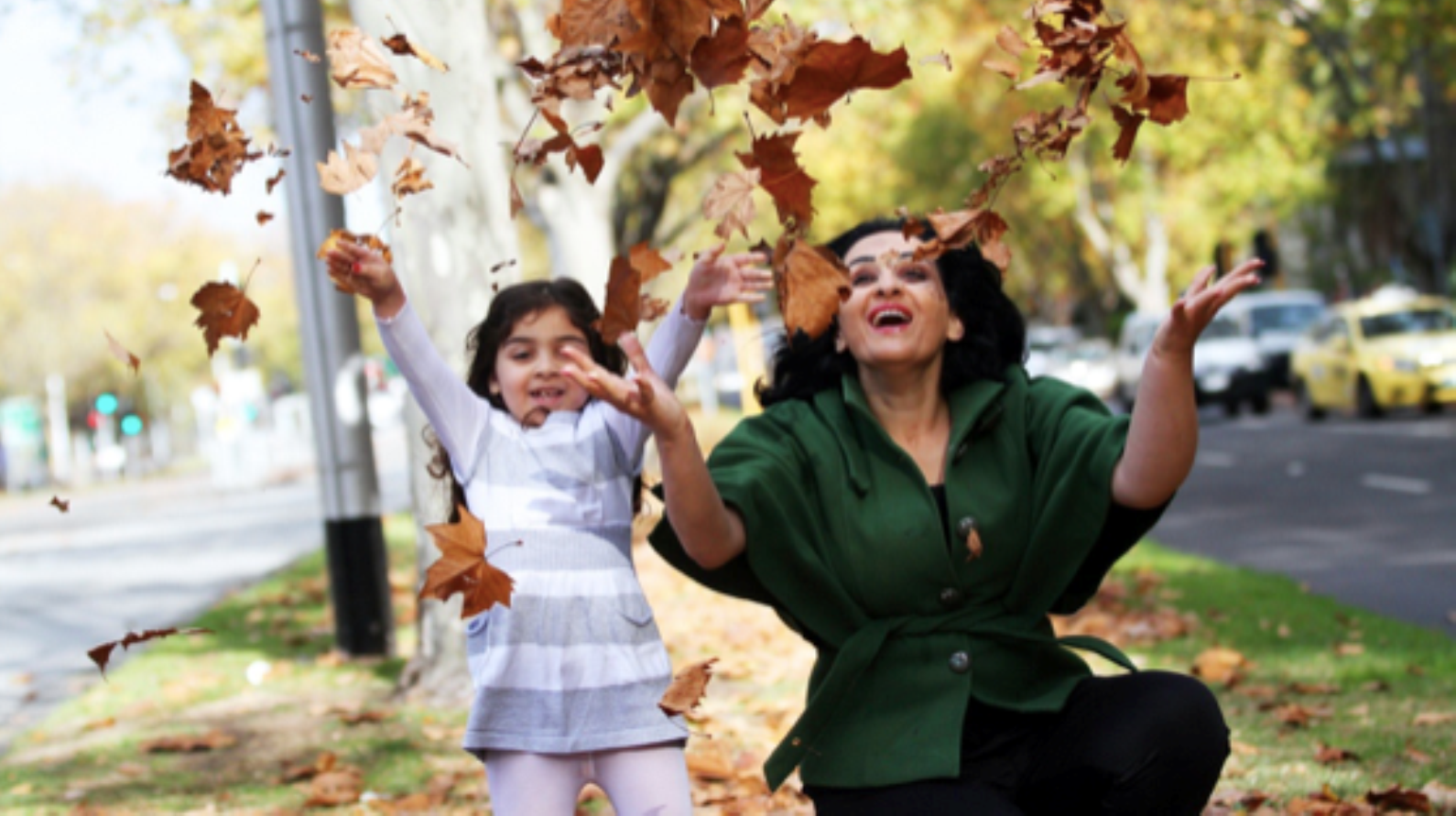 “We believe it is in everyone’s long-term interest that Palestinians should not be dependent on Israel’s health services. Building capacity takes a long time, so in the short term we focus on three areas,” says Finkel.

The first is transportation for Palestinian patients to hospitals in Israel via a network of volunteer drivers. The second is covering the cost of some medical procedures that the PA does not, for example complex surgeries at Hadassah and Chaim Sheba Medical Center in Tel Hashomer for genetic conditions caused by consanguineous marriages. Project Rozana also supports Ziv Medical Center in Safed (Tzfat) to help care for casualties of the civil war in Syria. 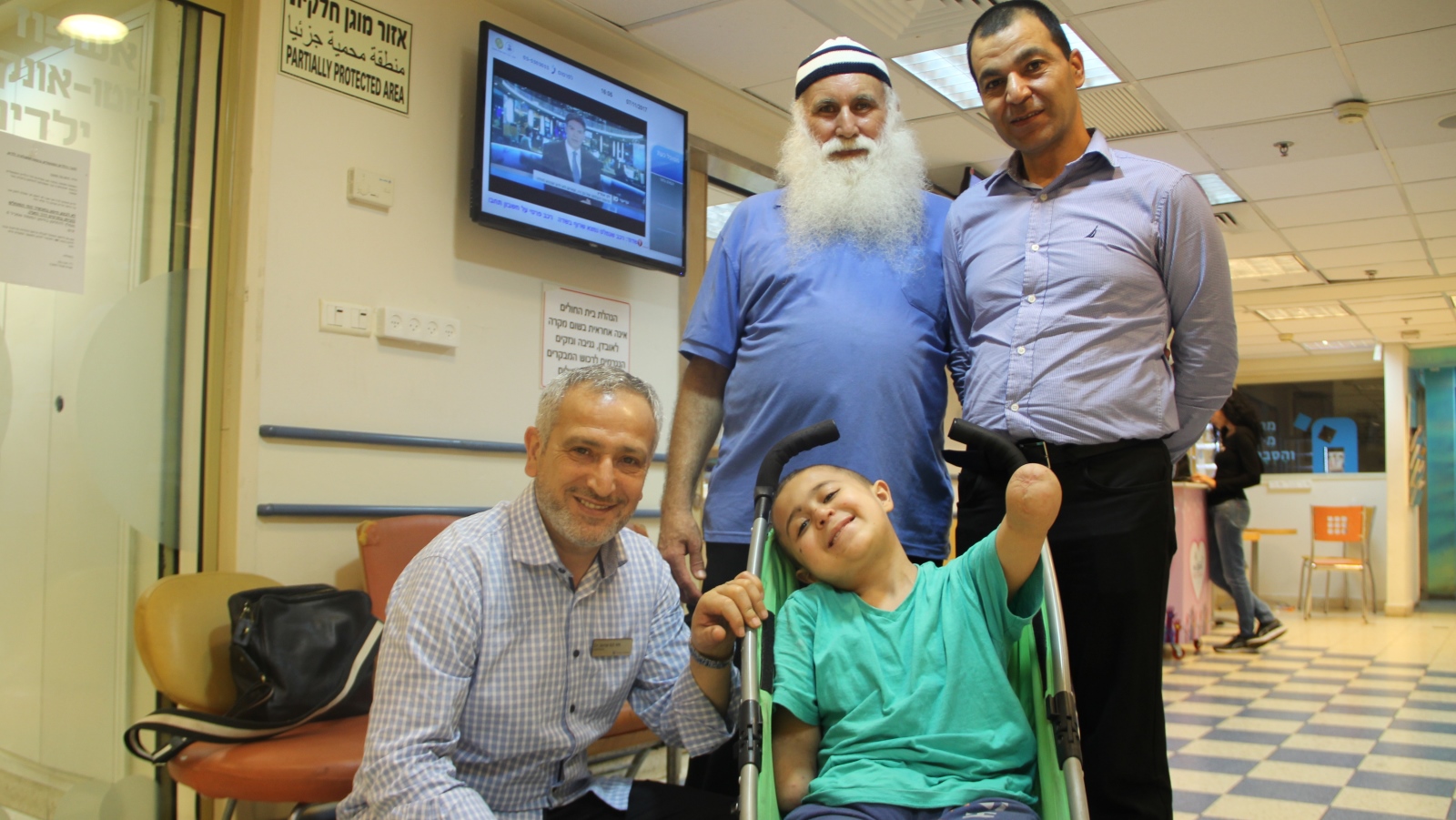 Dr. Jamal Rifi, an Australian board member of Project Rozana, at Chaim Sheba Medical Center with a young Palestinian patient and his grandfather along with the hospital liaison to the Arab community. Photo: courtesy

“Our third short-term focus is training,” says Finkel. “For example, for the last year and a half, together with World Vision Australia, we have sponsored a program to train Israeli and Palestinian child psychologists from the West Bank and Gaza to treat PTSD, which is a pervasive problem in both populations. Another example is a series of workshops in areas such as pediatric emergency medicine.”

The 22 participants in the first pediatric workshop, facilitated by Dr. Saar Hashavya at Hadassah, also included four doctors from Iraq and Kurdish doctors from Turkey. Aside from training, its main objective was to establish ongoing relationships between Palestinian and Israeli healthcare professionals for the benefit of their patients.https://player.vimeo.com/video/233332159?app_id=122963

Dialysis clinics in PA hospitals are overburdened, says Finkel, and nobody is trained to support a less-disruptive form of dialysis done at home while the patient is asleep. Project Rozana is enabling a training model linking Assuta Hospital in Ashdod with Augusta Victoria Hospital on the east side of Jerusalem to address this problem.

Another area is training Palestinian caregivers to provide palliative homecare for children with terminal diseases.

“There are gaps in medical training because there’s not been enough funding to train Palestinian physicians and support staff in certain sub-specializations,” Finkel explains.

He is gratified to see how training provided by various organizations already has helped improve the situation, in particular regarding Palestinian hospitals’ ability to treat childhood cancer.

“Ten years ago, any child presenting with blood cancer had to be treated in an Israeli hospital. Today, 90 percent of children in the early stages can be treated at Palestinian hospitals and only bone-marrow transplant patients have to come to Israeli hospitals. Even that will change in five years,” says Finkel. 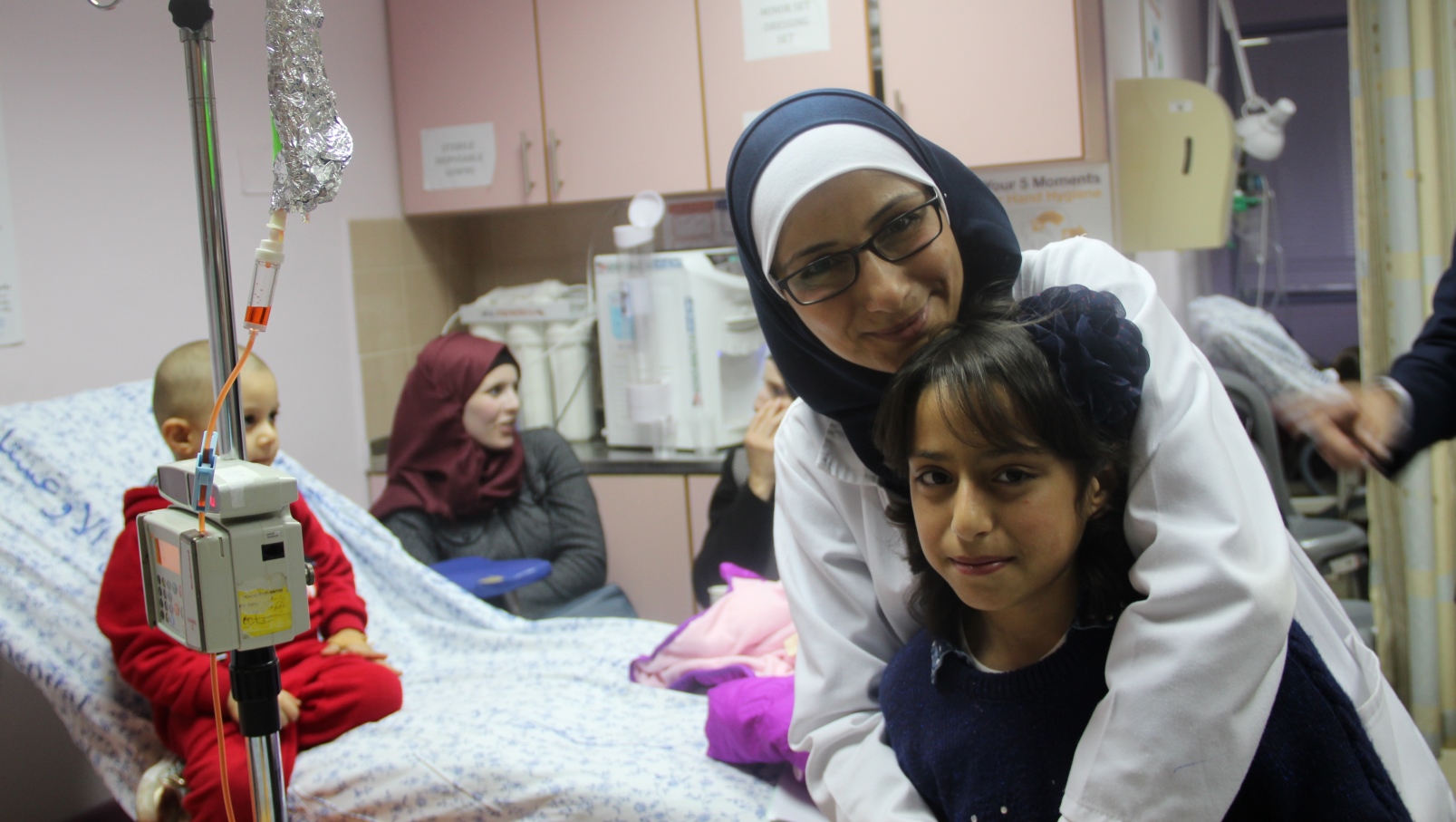 A pediatric bone-marrow transplant unit is being set up at Augusta Victoria by pediatric hematology oncology specialist Dr. Khadra Hasan Ali Salami, who did a fellowship in Jordan and is continuing her fellowship training in pediatric bone-marrow transplants at Hadassah. She was one of the featured speakers on a recent tour to spread the word about Project Rozana in the United States and Canada.

The organization has registered as a charity in Canada and Australia, and has applied for nonprofit status in the United States. “Altogether we raised $650,000 last year and we’re just getting started,” says Finkel. “Our goal is to raise $1 million in 2018.”